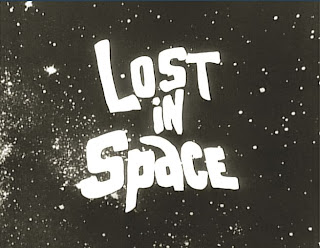 This Lost In Space episode titled The Keeper (the only two-part episode of the series) stars Guy Williams, June Lockhart, Mark Goddard, Marta Kristen, Bill Mumy, Angela Cartwright, and Jonathan Harris.  It's written by Barney Slater, directed by Sobey Martin, and the special guest star for this episode and playing the title character is Michael Rennie.  The series was created and produced by the "master of disaster" Irwin Allen and filmed by 20th Century-Fox Television.

Stranded on a barren alien planet the space family Robinson is working on an irrigation project.  Dr. Smith (Harris), Will (Mumy), and the robot are busy (well, the robot is busy) digging a drainage ditch for the pipe when Dr. Smith is suddenly "summoned" by a mysterious force which leads him away from the others.  As Will runs back to the ship for help, Dr. Smith quickly finds himself trapped in a large cage and we catch our first glimpse of the Keeper (Rennie). 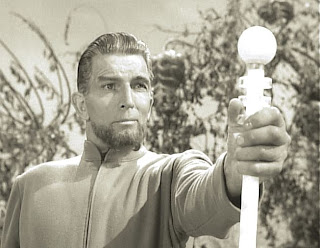 The Keeper is sort of an intergalactic "Noah" who travels around "collecting the creatures of the universe, two of every kind".  What the Robinson's don't know is that the Keeper plans to "collect" two of the "earth creatures" to add to his menagerie.  Major West (Goddard) seems to sense that the visitor is up to no good right from the start because "he looked at them like they were some sort of insect".  Shortly thereafter he propositions Don and Judy (Kristen) in an attempt to get them to leave with him as two of his new "specimens".  Of course they refuse.  The Keeper then, with the help of Dr. Smith, turns his attention to trying to capture Will and Penny (Cartwright). 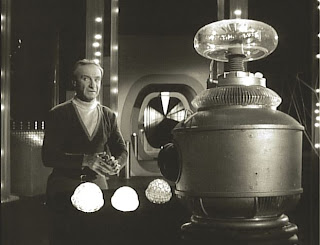 Also, leading into part two of the episode, while attempting to steal the Keeper's spaceship, Smith accidentally releases all of the animals from their cages.  So now, not only do the Robinson's have a potential kidnapper to contend with, they're also trapped inside the Jupiter II by all the dangerous creatures that are now loose on the planet.  The Keeper offers to return all the creatures to their cages on one condition -- That the Robinson's handover Will and Penny.

Even with the fairly talented cast of regulars Rennie manages to dominate every scene he's in with his screen presence, mannerisms, and perfect diction.  I haven't seen him in many villain roles but he plays this one very well.  Not many people can pull off being menacing, condescending, and polite all at the same time.  Rennie does it effortlessly. 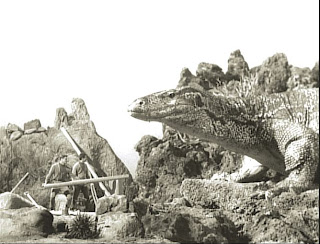 I also enjoyed watching the unaired pilot episode No Place To Hide which used the same Theremin score composed by Bernard Herrmann that was also used in the film The Day The Earth Stood Still (1951), that ironically also starred Michael Rennie.  In No Place To Hide neither the robot nor Dr. Smith were part of the cast.  And the story consisted of a compilation of scenes from episodes one, three, four, and five.  Of course we all know that Dr. Smith was actually working as a saboteur for a clandestine organization, when he was trapped on board the Jupiter II as it lifted off from earth.  And he was a thorn in the side of the space travelers right from the beginning.  The verbal exchanges between Smith and Major West, as well as those between Smith and the robot are priceless. 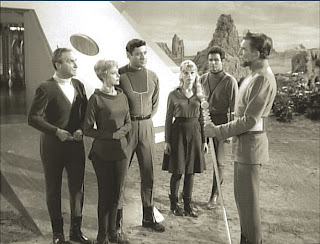 Ah, the innocence of youth.  I remember watching Lost In Space as a kid and wishing I could be with those folks on their unbelievable voyage through the galaxy.  I just loved it.  I don't know if I can say that I'm loving it now.  Let's just say I still really, really like it.  Of course as an adult you notice the props and the costumes and the sets look a little (okay, a lot) cheaper than they did back then.  But all the actors do a really nice job as an ensemble, interacting and playing off of each other.

I noticed a couple of little continuity errors that I never seemed to pick up on before.  About ten minutes into part one the Keeper plants his staff in the ground before walking over to meet the Robinson's. When he turns around to walk back to it, he already has the staff in his left hand. You can just catch a glimpse of it as he's turning to walk away.  Also about a half hour into part two, when the creature in the pit grabs the Keeper by the throat you can briefly see a flash of wire or fishing line used to control the creature's arm and claw. 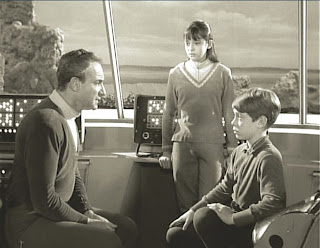 I pretty much immersed myself in the series again from start to finish after getting a pretty good deal on, and purchasing seasons two and three.  So after blasting off with the crew in the futuristic year of 1997,  traveling around the galaxy, surviving various planetary collisions and explosions, withstanding cataclysmic meteorological conditions, crossing paths with mostly hostile alien lifeforms, and all the while listening to Dr. Smith's incessant moaning and groaning (I would have cast him adrift before the end of the first season, but of course the show wouldn't have been the same) I have come to the conclusion (as I most often do) that season one offers the best selection of episodes.  Again, I don't think it's just the black-and-white vs.color thing (then again maybe it is).  The storylines just got a little too crazy.  For whatever reason the show gradually begins a downhill slide after the first season, until it's tumbling end-over-end totally out of control with far too many "Oh, come on ..." moments for my liking by the end of season three.

It was fun to see all the famous guest stars that turned up on the show.  Some I don't think I was familiar with at the time, but would come to know from my continued television and classic film viewing.  Some of the more famous names besides Rennie included - Warren Oates, John Carradine, Hans Conried, Fritz Feld, Ted Cassidy, Marcel Hillaire, Al Lewis, Sherry Jackson,  and many, many, many others.

So in case anyone was wondering where I've been, now you know.  83 episodes later and just catching up with some long "lost" friends ...  (Yes, I did hear a collective groan)
Posted by Dave the Movie Guy at 9:52 PM 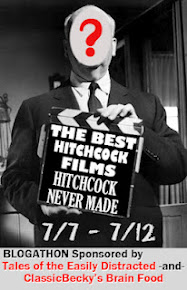 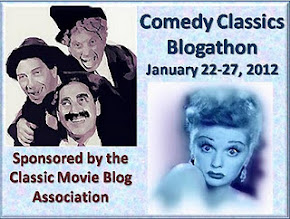 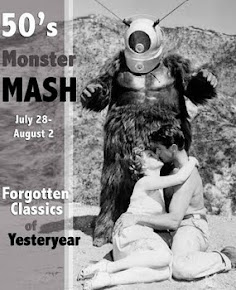